The Anderson (Chemistry) and Brehm-Stecher (Food Science) groups at Iowa State University have been awarded a FlowCam Research Equipment and Travel Grant from Yokogawa Fluid Imaging Technologies (YFT) for use in their ongoing research on microbiological applications of Magnetic Ionic Liquids (MILs).

MILs are novel ionic solvents that are liquid at room temperature and are responsive to magnetic fields. Due to their unique properties, MILs are emerging as a powerful and versatile reagent platform for extraction of a wide variety of bioanalytes from aqueous samples, including hormones, nucleic acids and viable bacterial cells.

Previous work in the Anderson and Brehm-Stecher labs suggests that charge-based interactions with various cell surface-associated polymers represent an important mechanism for observed capture and concentration of bacteria. However, because these MILs are intrinsically hydrophobic (“water-fearing”), there may be additional roles for other types of molecular interactions in the capture process, especially for microbes having hydrophobic surfaces. 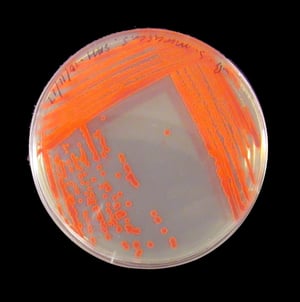 Serratia marcescens, (pictured at right) which belongs to the same family of bacteria as Salmonella and Escherichia coli, has the striking ability to produce a blood-red pigment called prodigiosin, which may have industrial promise in applications ranging from food colorant to anti-cancer medicine. In the early 1980s, Rosenberg and colleagues discovered that S. marcescens bound avidly to hydrocarbons layered on top of aqueous media, forming the basis for the Microbial Adhesion to Hydrocarbons (MATH) test that is still widely used to score microbes for surface hydrophobicity.

In recent work, Anderson and Brehm-Stecher used the FlowCam 8000 to show that addition of S. marcescens cells to aqueous MIL microdispersions promoted a dramatic aggregation of MIL microdroplets. In the work proposed for this Research Equipment and Travel Grant, the group will leverage the power of the FlowCam 8000 to investigate the role of cell surface hydrophobicity on MIL-cell interactions as demonstrated by microdroplet aggregation.

By using a genetically-engineered strain of S. marcescens that will allow the group to “dial in” the amount of prodigiosin produced, they will generate cultures ranging from white to blood-red and use these to correlate measurements of prodigiosin content and cell surface hydrophobicity with FlowCam-based measurements of MIL microdroplet aggregation. The group expects that use of the FlowCam will be critical in helping to demonstrate that MIL-bacterium interactions may include both charge-based and hydrophobic interactions and that adjustment of capture conditions may allow preferential capture of different cell types based on their surface properties. 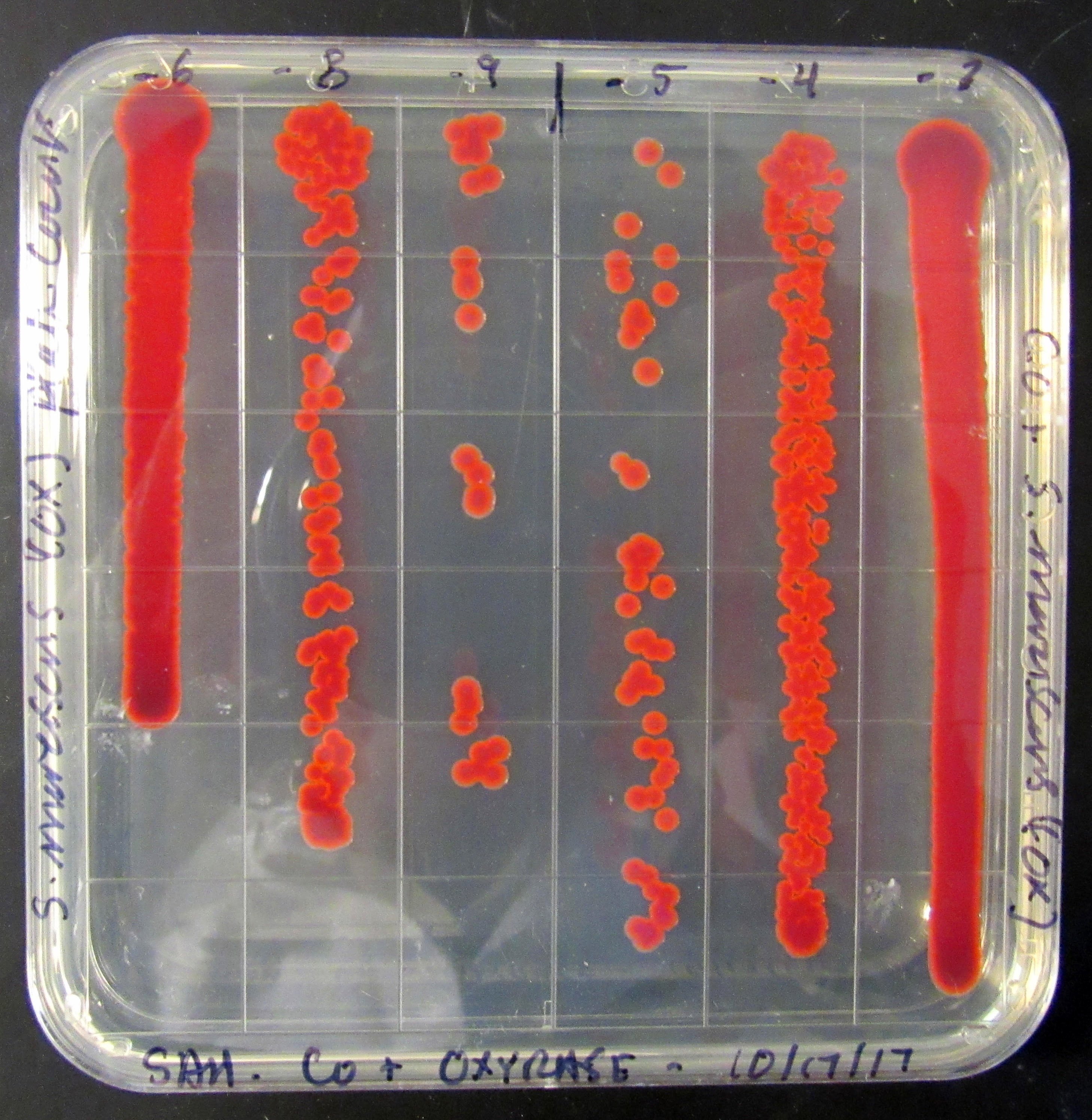