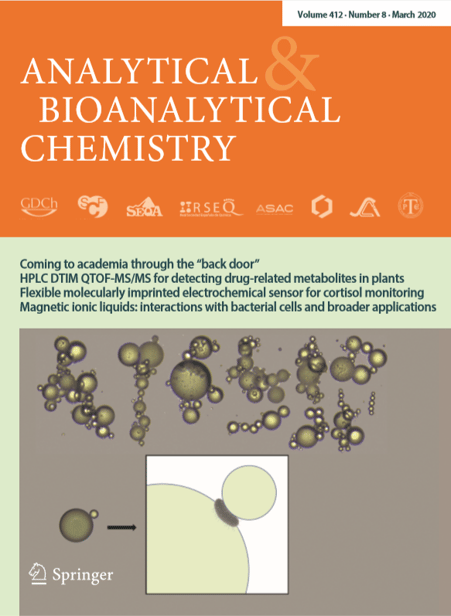 A research group at Iowa State University is studying the use of Magnetic Ionic Liquids (MILs) as a tool to isolate foodborne pathogens in liquid suspensions. Previously, they showed the ability of MILs to capture a species of Salmonella.

Their new work, published in the current issue of Analytical and Bioanalytical Chemistry, extends the previous work on MILs to the capture of several Gram-negative bacteria of importance to food, agricultural and clinical testing, including subspecies of Salmonella and E. coli O157:H7.

The Anderson and Brehm-Stecher labs at Iowa State University leveraged the FlowCam to learn more about how MILs work to capture and concentrate bacterial cells prior to molecular or cultural analysis. According to Dr. Byron Brehm-Stecher, the FlowCam "provides unique insights into the mechanism of this novel bacterial capture and concentration reagent".

“The FlowCam allowed us to measure droplet size distributions for the hydrophobic MILs in aqueous media after vortexing” Brehm-Stecher said. “Additionally, the instrument allowed us to actually see how MIL droplets behaved in the presence of the bacterium Serratia marcescens” he continued. “We used these data to propose that bacteria bound to MIL droplet surfaces promote formation of droplet-bacterium-droplet ‘sandwiches’, which in turn form more complex aggregates that lead to eventual separation of bacteria from aqueous suspensions. We had theories about how cells might be interacting with the MILs, but we didn’t have any direct evidence to support these ideas until we ran our samples on the FlowCam.” 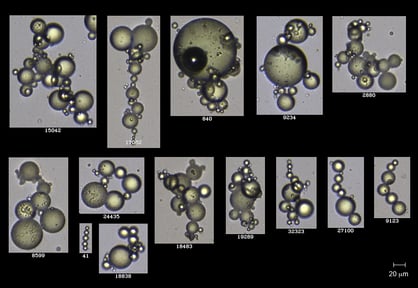 The study found no overt antibacterial effects on the cells by the MILs, and showed the potential suitability of the Ni(II) MIL in "pre-analytical sample preparation".

The group’s work was published as a “Paper in Forefront” and FlowCam data from the study is featured on the cover of the journal.

Read the full paper in Analytical and Bioanalytical Chemistry