The Confederated Tribes of Coos, Lower Umpqua, and Siuslaw Indians (CTCLUSI) recently received long-awaited funding to purchase a FlowCam Cyano instrument, after first learning about FlowCam at an east coast workshop a few years ago. CTCLUSI makes up three tribes (4 bands) who all reside in close proximity to one another along the Coos River Tributaries in Oregon. According to the CTCLUSI website:

The tribes trace their ancestry back to the aboriginal inhabitants of the South-Central coast of Oregon. Their historic homelands extended from the richly forested slopes of the Coastal Range in the East to the rocky shoreline of the Pacific Ocean in the West, a vast region of some 1.6 million acres. They lived peacefully in an area characterized by moderate temperatures and abundant natural resources, including fish, shellfish, wildlife, and a rich variety of edible plants. 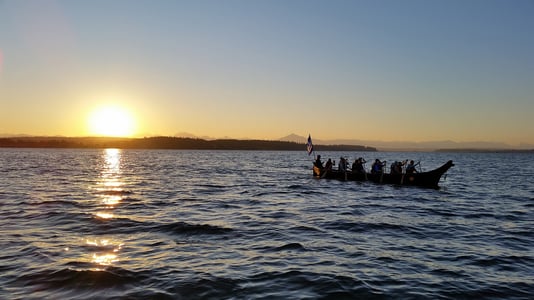 These days, the Tribe is fighting to preserve their lands and waters by means of stewardship work in the local marine, estuarine, and freshwater environments. These water systems are heavily impacted by warming temperatures, ocean acidification, spills and dumping, and invasive species.

The Tribe will primarily be using FlowCam to monitor algae in coastal waters for marine and freshwater toxin-producing species that have greatly impacted recreation and shellfish health. Their goal is to better understand the particulates in the water column, their relative concentration, and to identify which species may produce toxins. The Tribe will then utilize other instruments in their laboratory arsenal to further investigate those toxins, as well as point and non-point source pollution.

For example, harmful algae species identified with FlowCam will then fuel targeted toxin analysis with the Tribe's liquid chromatograph mass spectrometer (LCMS) to better implement public outreach for recreational and shellfish consumption health risks. The Tribe will then investigate potential loads/inputs into these water sources that might influence harmful algal blooms, such as high nutrient loads from sewage releases, or timber harvest-caused sedimentation, using a variety of other analytical instrumentation

Currently, CTCLUSI is interested in the Tenmile Lakes basin because of its persistent visible and malodorous algae (pictured above). Based on previous research, they expect FlowCam to show that the blooms are being caused by Microcystis and Anabaena, however, other species are not well-documented, and FlowCam may provide new insight into which species are creating problems. The lake typically becomes green during the summer season, however, in 2021, the water was brown in color, with large numbers of bryozoans (commonly known as moss animals) attached to hard structures. One bryozoan even encased the Tribe's HOBO temperature monitor in Tenmile Lake. Locals suspect the bryozoans consumed most of the green algae this year, however, Tribal staff expect more ecological complexity.

In addition to monitoring the area's lakes and ocean waters, Tribal staff members are also exploring the possibility of using FlowCam to monitor effluent from the Tribe's wastewater treatment plant. Research has shown that particulates in water have the ability to carry harmful substances, such as bacteria or viruses (including the COVID-19 virus), and that the wastewater filtration process is paramount to eliminating the transport of these substances. Testing for bacteria is one of the primary ways to ensure filtration efficacy. By applying FlowCam technology, they hope to be able to determine the presence or absence of particulates and their overall density to ensure a satisfactory and efficient filtration process, as well as ensure clean effluent into the environment. 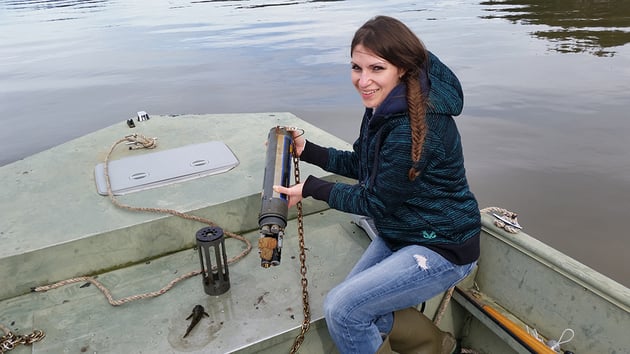