The FlowCam was recently used by a team led by Natasha Barteneva of Nazarbayev University to develop a method for the classification of Microcystis colonial morphospecies in samples obtained from a long-term mesocosm experiment (the AQUACOSM Lake Mesocosm Warming Experiment).

Microcystis is a freshwater cyanobacteria that occurs worldwide, with detrimental effects that include polution of drinking water supply and harmful impact on plankton, fish, and mollusks. Methods have previously been established for analyzing colonious organisms like Microcystis on the FlowCam.

The team tested a machine learning approach to see if they could bring species-level identification capability to the FlowCam, a flow imaging microscope traditionally used to identify organisms to the genus level. 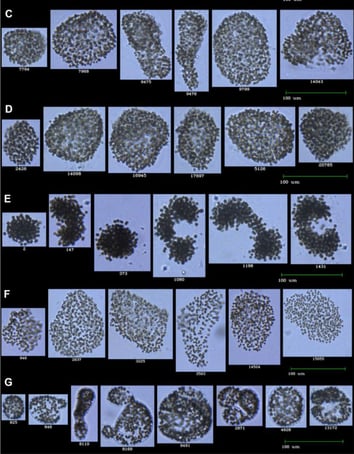 169 mesocosm samples were analyzed, 69 of which contained Microcystis species. 119,135 images of Microcystis were captured by the FlowCam, and 25-50 images of each species were selected from VisualSpreadsheet to be used as representative images. The experimentors also used VisualSpreadsheet's filtering capabilities to determine 48 morphological parameters for both inter- and intra-generic classification. To improve the accuracy needed to differentiate the 5 Microcystis species, the team applied various machine learning algorithms that ranked these image parameters to determine which should be used to best characterize the various species in the development of species-specific filter sets.

"This study demonstrated the proof-of-concept of using a machine learning approach in the analysis of colonial morphospecies of Microcystis. The results described here are based on previous researchers’ work demonstrating the application of machine learning in the identification and counting of different taxa of plankton organisms. The current gold standard for phytoplankton taxonomy is light microscopy of algal samples; however, there is a huge interest to apply semi-automated and automated approaches for Microcystis colonial forms classification. Light microscopy’s biggest disadvantages are the extensive training and time period required for a taxonomist to become a proficient expert, the high cost of training, and the large component of manual work involved. Although sequencing and the following molecular biological identification have become more popular in recent years, microscopy and visual morphological analysis remain the most important and widely available tools. In the context of saving time during taxonomic analysis, imaging cytometers constitute a faster and efficient way to receive the morphological information required for taxonomic identification."1 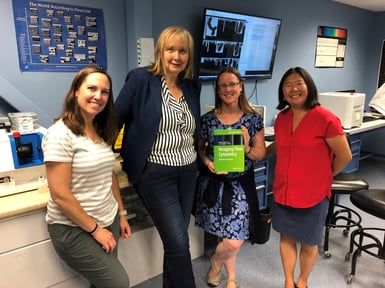