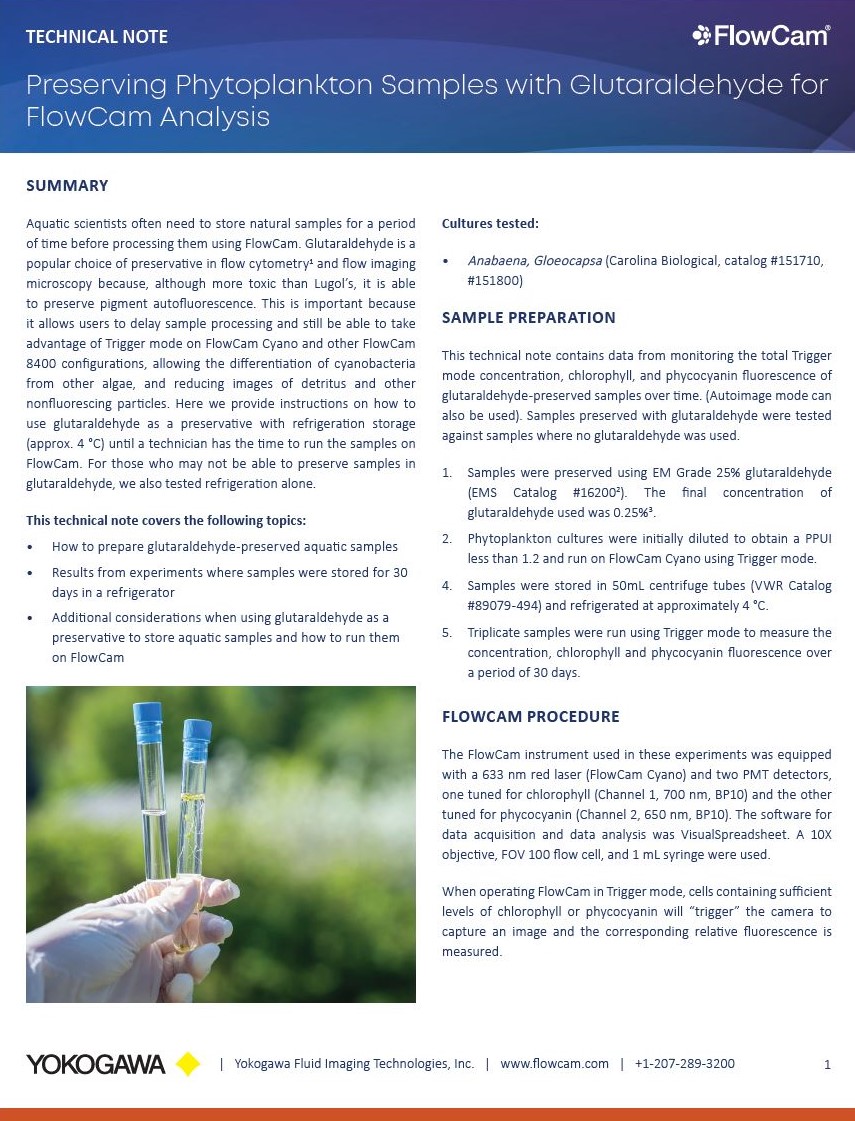 Aquatic scientists often need to store natural samples for a period of time before processing them using FlowCam. There are multiple preservatives available for this purpose. Glutaraldehyde is a
popular choice of preservative because it will preserve pigment autofluorescence, and therefore allows the use of FlowCam's "Trigger Mode" to automatically distinguish cyanobacteria from other algae, and reduce images of detritus and other non fluorescing particles. Another preservative often used is Lugol's solution, which does not preserve fluorescence, but is less toxic and requires less stringent storage conditions.

END_OF_DOCUMENT_TOKEN_TO_BE_REPLACED 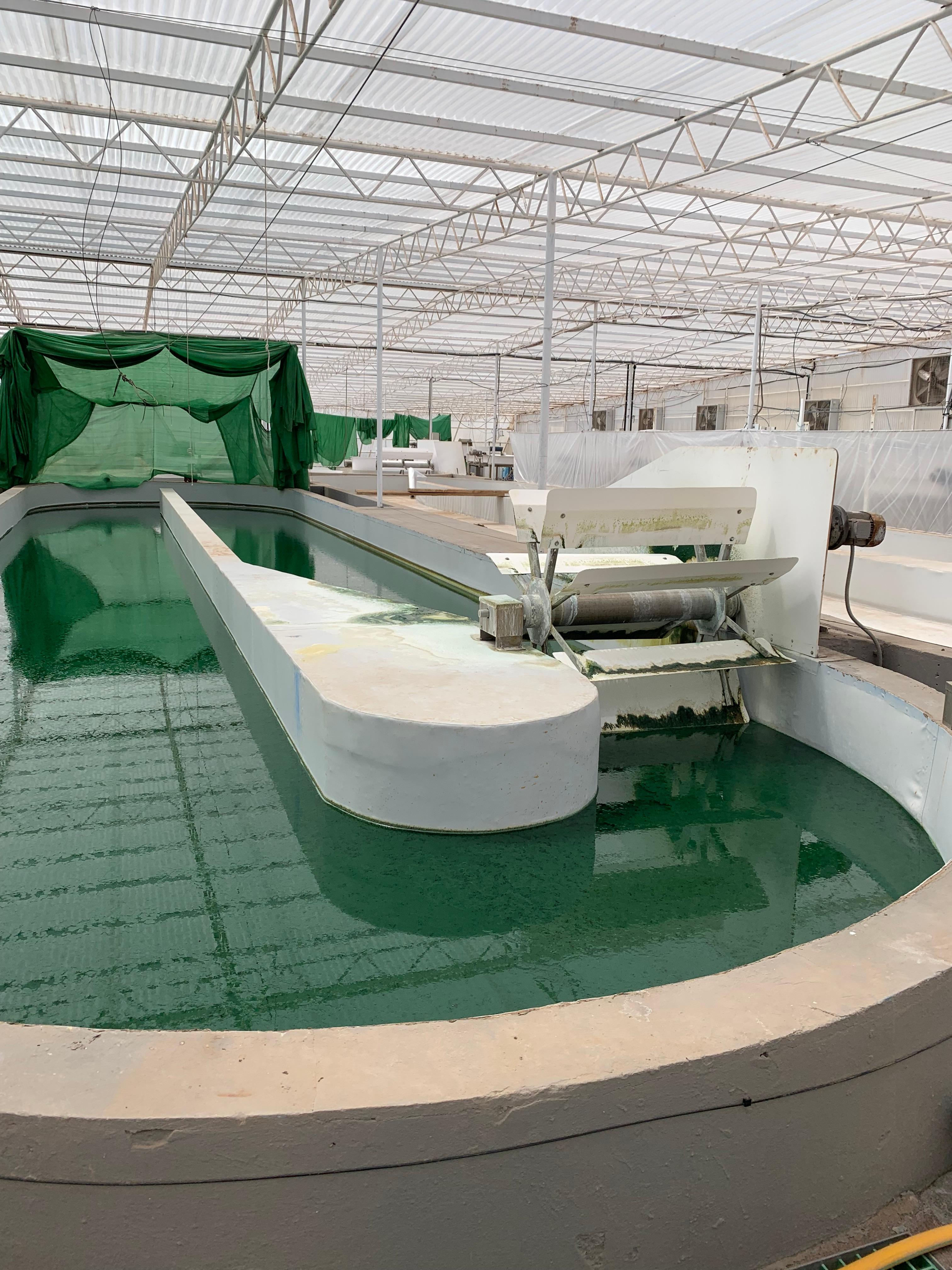 This week FlowCam Applications Scientist, Kay Johnson, visited the Canary Islands to train a new team of FlowCam users at ITC (Instituto Tecnólogico de Canarias). ITC in Pozo Izquierdo is using a FlowCam 8400 with 488nm laser to monitor marine phytoplankton. The team was originally trained by Nicole Gill when they first purchased the FlowCam in 2019, but this year a new group of scientists from Italy and Serbia have joined their team.

END_OF_DOCUMENT_TOKEN_TO_BE_REPLACED

We are happy to announce that we have made available curated galleries of our favorite aquatic images from around the world, in a variety of applications. Are you curious what your water samples would look like when analyzed on the FlowCam? Check out all of the images in our galleries, or peruse below for a sampling of what's available. This is only a small sampling of what the FlowCam is capable of; please contact us if you'd like to see more.

END_OF_DOCUMENT_TOKEN_TO_BE_REPLACED

High production rates of traicylglycerol (TAG), a lipid produced in microalgae, is a desirable trait in microalgae selection and cultivation.  TAG is used in a variety of applications ranging from biodiesel production to omega-3 fatty acid supplements.

In a study published in Biotechnology for Biofuels (Cabanelas et al., 2016), Chlorococcum littorale, a strain of microalgae with increased triacylglycerol (TAG) productivity, was identified and analyzed. The cellular properties of the strain were imaged, favorable sub-populations were isolated, and confirmed for increased TAG productivity.

END_OF_DOCUMENT_TOKEN_TO_BE_REPLACED Right: From the Fluid Imaging Technologies lab- Nannochloropsis at 20x

END_OF_DOCUMENT_TOKEN_TO_BE_REPLACED From the Fluid Imaging Technologies Lab: Chlorella vulgaris captured by the FlowCam at 20X

END_OF_DOCUMENT_TOKEN_TO_BE_REPLACED Research suggests that microalgal-based biofuels offer a promising alternative to fossil fuels, providing environmental benefits and rapid production rates that could match the modern energy consumption of fossil fuels. However, large-scale algae cultivation, which is utilized in algae-based biofuel production, is susceptible to opportunistic algal crop predators, such as rotifers, which can quickly destroy a large algae population.

Thus, there is a need to develop a method of early detection and quantification of these potential predatory grazers in algal cultures.

END_OF_DOCUMENT_TOKEN_TO_BE_REPLACED