Plant sporoderm are among the most robust biomaterials in nature. The spore/pollen cell material can be easily extracted leaving an excellent natural microcapsule that can serve as a potential drug delivery mechanism for different biopharmaceutical applications.  See related post on dandelion pollen in a similar application.

In this recent paper, sporoderm microcapsules (SDMC) of the Lycopodium and extracted sporopollenin exine capsules (SECs) were identified as being able to withstand the harsh environment of the stomach, which can facilitate the oral administration and controlled drug release into the gastrointestinal (GI) tract. Furthermore it was reported that when SECs permeate through the intestinal walls and enter the bloodstream, they would decompose within 30-60 minutes. 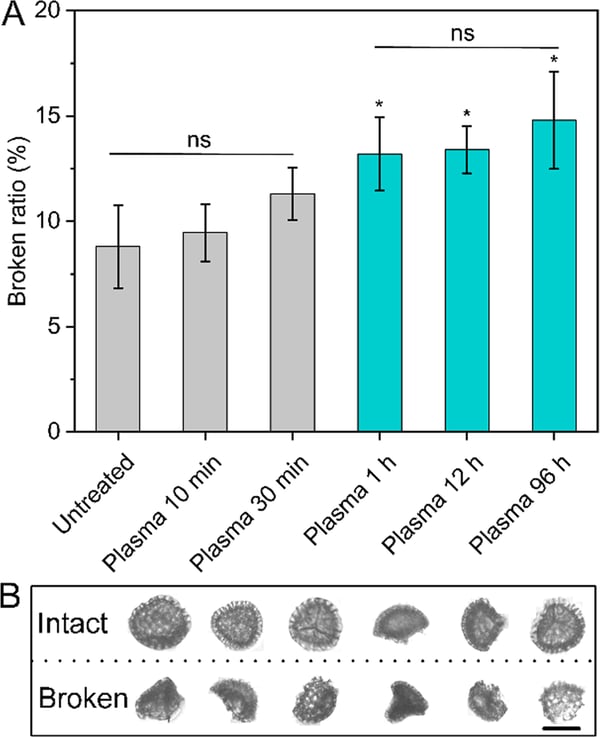