FlowCam user, Jochen Wollschläger, of Germany's University of Oldenburg, recently returned from a research trip aboard the RV METEOR as part of the FjordFlux Cruise in the Beagle Channel, at the southernmost tip of Chile and Argentina. The goal of the expedition was to utilize the fjords of Patagonia to better understand how climate change will affect similar environments in Antarctica. Carried out in the context of the DYNAMO Project, the cruise was a cooperation between Germany, Chile, and Argentina.

The research team brought a FlowCam 8400 instrument with them on the cruise to analyze phytoplankton, look for harmful algal blooms (HABs), and analyze sediment often called "glacier flour". Jochen is pictured here analyzing a plankton sample on board the RV METEOR. The FlowCam instrument was equipped with a 488 nm laser, which allowed the team to isolate particles with a fluorescence signal. The team mostly found small flagellates and diatoms and did not find any evidence of HABs.

Aside from plankton, the researchers were interested in assessing the quantity of glacier flour in the seawater. According to Jochen:

"A direct effect of global warming is an increased glacial melt and thus an increased freshwater runoff. With the freshwater, other substances released from the glacier get into the marine fjord ecosystems. This includes nutrients, dissolved organic matter, but also fine mineral particles, the so-called glacial flour. Glacial flour is produced as a result of the movement of the glacier over the stone beneath. When the fine-ground particles suspended in the melted water enter the water of the fjords, they often form a turbid upper layer, as the freshwater is lighter than the marine saltwater. This turbid layer decreases the underwater light availability and thus the “fuel” for photosynthesis and growth of phytoplankton, the basis of the marine food web." 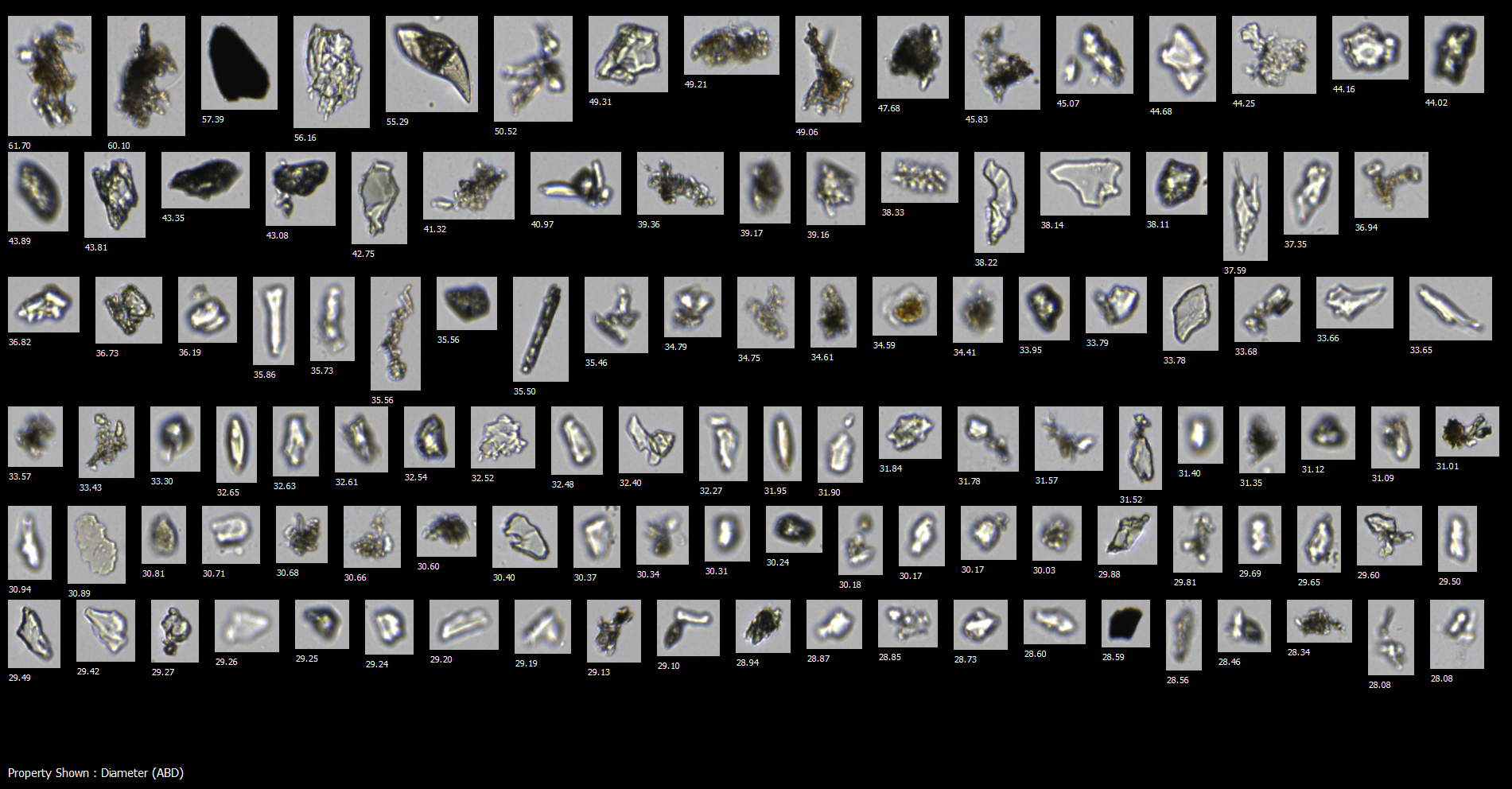 Analysis with FlowCam along with other particle analysis techniques gives more information about the degree to which the sunlight is attenuated in the seawater since this is dependent on the size and quantity of the particles. FlowCam data will also be useful to establish image libraries to help identify mineral particles in other samples.

Romanche Glacier, one of the sampling locations during the FjordFlux cruise