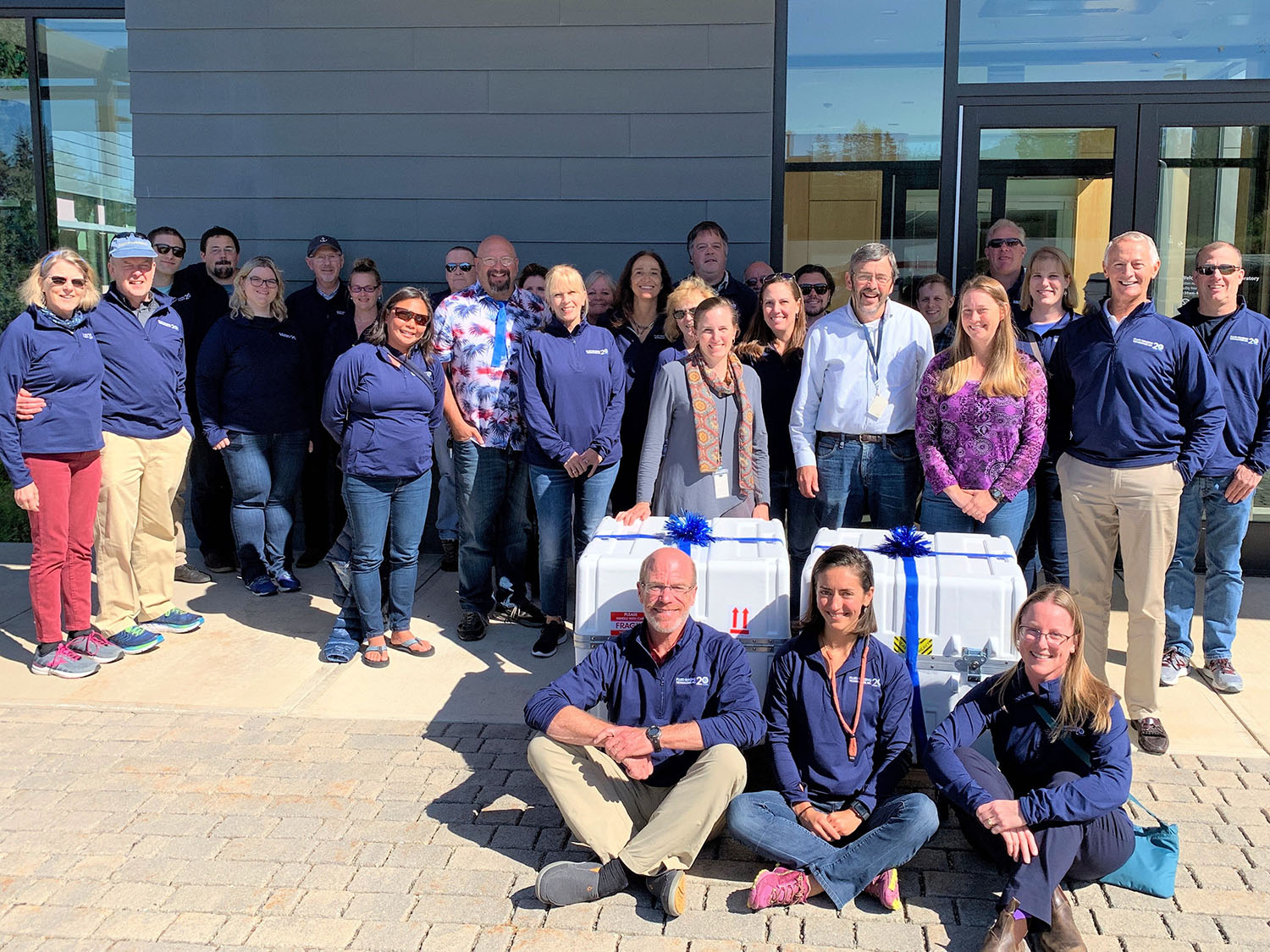 As part of our 20th anniversary celebration, all 30 Fluid Imaging employees traveled together to hand-deliver two new FlowCam instruments to the lab where the FlowCam was invented, Bigelow Laboratory for Ocean Sciences (BLOS) in East Boothbay, Maine.

Originally invented at BLOS in 1996 by Chris Sieracki, the FlowCam was the world’s first imaging flow cytometer. The groundbreaking paper “An imaging-in-flow system for automated analysis of marine microplankton” was published in 1998, setting the stage for the founding of Fluid Imaging Technologies in East Boothbay, Maine in 1999.

“The FlowCam revolutionized the tedious and slow process of manual examination of phytoplankton via microscope by providing a semi-automated method to rapidly count, measure, and analyze individual cells and particles in a fluid sample using digital images.” - Chris Sieracki, inventor and company Chairman.

In 2002, after the FlowCam’s initial success, Kent Peterson joined forces with Chris Sieracki as CEO to lead sales and market expansion with the full-blown commercialization of the FlowCam.  It quickly became the go-to instrument for phytoplankton research due to its ease of use and the clarity of the digital images.  It wasn’t long until it became evident that the FlowCam could solve problems and simplify particle characterization requirements across multiple industries and applications.

“The technology behind flow imaging microscopy was light years ahead of the volumetric techniques being used to characterize particles at the time (and still today)” says CEO Kent Peterson referring to Coulter counters, light obscuration, and laser diffraction technologies.

Fluid Imaging Technologies expanded its market focus to include municipal water, biopharmaceutical formulations, chemicals, food and beverage, superabrasives, oil and gas, biofuels and many other research and manufacturing companies.

Since then, the company has continued to launch new FlowCam instruments with higher sensitivity lasers and optimized optics configurations to meet the needs of its growing customer base.  In 2017 the company launched the world’s first oil immersion Nano-Flow Imaging microscope, capable of imaging particles as small as 300 nm.

This year, as part of its 20th anniversary celebration, Fluid Imaging Technologies has introduced a new FlowCam to join its suite of particle analyzers. The FlowCam 5000’s simplified design makes it accessible across industries and ensures that it is straightforward to implement into any lab setting.

For 20 years the FlowCam has provided a fast, accurate, and easy-to-use alternative to manual microscopy and volumetric methods for characterizing particles and organisms.  Combining the functionality of a flow cytometer and the imaging capabilities of a digital microscope into a single powerful research tool, the FlowCam has become a valued instrument used worldwide to boost productivity, meet regulatory requirements, and ensure product quality and safety. More than 500 FlowCams are used today in 50+ countries to identify, count, and measure plankton and other microscopic particles.